HIPS technology uses both signature based detection as well as advanced heuristics antivirus algorithm. You can also set policies specifying the behavior of operating systems or applications. The attacks that HIPS protect against include viruses, spam, spyware, worms, Trojans, keyloggers, bots, rootkits, and Denial of Service (DoS) and Distributed Denial of Service (DDoS) attacks.

Domain & IP Reputation Check
The Domain & IP Reputation Check technology verifies the credibility of Web domains by tracking any indication of suspicious activities on the web page. This technology also verifies the integrity of the IP address by comparing it with a list of known email senders and by using a dynamic service that assesses email senders reputation in real-time. Emails received from domains with malicious activities are not accepted.

Non Intrusive Learning Pattern (NILP) Technology
NILP works on the basis of Artificial Intelligence where in, it learns user’s behavior and then takes an informed decision in the background and help identify and classify mails on behalf of the users whether the mails are spam or ham. 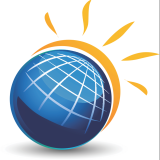